World Record Hurricane Patricia A Reminder to Be Prepared 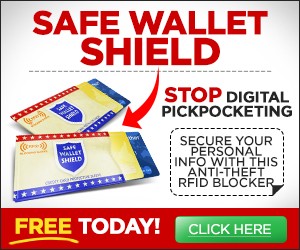 Did you hear about the hero 75 year old Army veteran who stopped a knife wielding 19 year old guy from killing a bunch of kids in a library in Illinois? If not, you are going to like this story.

By the way, I missed  week again. The whole “real life” thing kind of got in the way last week. So…I will try to keep this brief but I wanted to share this story and I have a couple of things I want to mention.

Anyway, I heard this news story today about a 75 year old chess teacher and Army veteran who saved a room full of chess students from a guy with two knives who admitted he was planning on killing everybody in the room. The veteran, James Vernon, said although he was never in combat (until now) he relied on the knife training he received 50 years ago to thwart the intended murder of a room full of children attending a chess class he was teaching. The bad guy, who apparently was out on bail pending his trial for child pornography, rushed into the room with 2 knives shouting “I’m going to kill some people”.  Chess teacher and veteran Vernon wasn’t going to let that happen and, even though he was cut pretty badly on his hand, took the bad guy to the floor and disabled him until the police could get there. Did I mention he is almost 76 years old? I hope he said “checkmate” when he got the guy down. To bad he didn’t use one of those knives to insure the bad guy was unable  to reproduce. (Did I write that out loud?)

In other news….I really don’t have any other news, I just always wanted to say that 😉

Seriously, I just want to take a minute and tell you a little about the past couple of weeks. Have you ever had “one of those weeks”? Well, last week seemed to be my week for screwing up.

First, I spent a couple of afternoons trying to film a bunch of videos. I have a lot of stuff I have committed to review and I want to make some “non-review” videos as well. So I was probably in a little too much of a hurry. Anyway, when I started editing the videos I realized I had issues. Some of them had no sound. I actually used that as an opportunity to add some original guitar music in the background and called it a “Bob Ross Happy Accident”. The bigger problem was that I apparently got all mixed up about the old “Record” button and was turning it off when I meant to turn it on and vice versa. So I wound up with some really good footage of the ground and the sky while I was moving the camera around and a bunch of missing scenes that I needed. So you may notice some strange edits on a few upcoming videos from re-shooting the missing parts. Just chalk it up to the doofus factor.

That wasn’t the only doofus moment. You may remember that I am plumber…. a Master Plumber…. licensed in 6 states…. with almost 30 years experience. And yet last week I found myself standing on a ladder in a woman’s basement trying desperately to screw a plug back in a pressure regulator while water was spraying everywhere, especially all over me. It was like an episode of the Lucy Show. I got everything settled down and fixed but it was pretty funny. Let’s just say if your plumber comes upstairs looking like he (or she) took a shower with their clothes on, things probably didn’t go according to plan.

I know you might be thinking this has absolutely nothing to do with survival and you’re right….sort of. The reason I told you about my screw ups is because I think your mindset may be the most important factor in whether you are able to survival an emergency situation. And if you do find yourself in a true survival situation, it  will very likely be because you (or someone else)  has screwed up somewhere along the line. How you handle that mentally could literally mean the difference between life and death.

Admittedly, making videos or fixing plumbing is a long way from an emergency but how you handle small things is often a good indication of how you will handle larger issues. The US Marines have a saying “improvise, adapt and overcome”. While I was never a Marine, I have tried to make that philosophy something I practice in my life. Along with not taking myself too seriously.  I actually had to laugh as I was standing on that ladder with water streaming down my face because, well, it was funny.

So, I encourage you to cultivate a sense of humor about the things that go wrong in your world. And to determine that whatever happens, you are going to “improvise, adapt and overcome”. Hopefully, you will never be in a life or death scenario, but these attitudes will go a long way toward making your everyday life better.

OK, I’ll stop preaching now. I want to give you a little teaser about what is coming up on the YouTube channel. I am continuing to try to expand the variety of gear reviews. I have a really cool Swiss Army knife coming up, along with my favorite outdoor pants, a really cool solar kit, a couple of packs, some water filters, stoves, and a brand new, innovative shelter item I think you will like. I am also putting together some “Gift Ideas” videos for people  like me who don’t know what to get folks for Christmas. (yep, I still say Merry Christmas). I plan to cover gear in different price ranges for every budget.

Also, I have been making a list of viewer requests and I am starting to do some skill/how-to type videos from that list. If there is something you want to see, leave a comment on one of the videos and I’ll do my best  to get to it eventually if I can. I also have a few videos coming up sort of giving my take on some issues that affect those of us in the “outdoor community”. I am not talking about politics, I mean outdoor stuff. You’ll see. Oh, and probably some knife videos 😉 I hope you’ll join me. If you are not subscribed to the Survival On Purpose YouTube channel, you can subscribe by Clicking Here and you won’t miss any of the exciting, entertaining and ever so wonderful videos.

So, I think that is it for now. be sure and check out this offer from this month’s sponsor; Survival Frog. It is a way to keep hi tech pickpockets from stealing your data on the new RFID type cards that are becoming more common. And it keeps your old cards from getting scratched up and damaged as well.