Paris Attacks a Reminder to Be Prepared 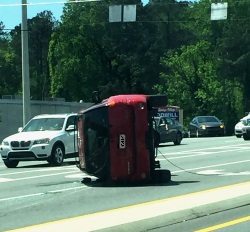 So here I go again with yet another post about “reality” TV. I know that seems to be a recurring theme here and I don’t mean to beat a dead horse. But I one day last week I started thinking about a new kind of survival TV show I would really like to see.

I think there are a couple of reasons why the the topic worked its way back into my consciousness.

First, I got another invitation to apply for a new survival show that sounded like “Alone“, but with a partner. (How’s “Almost Alone” for a show title?) The casting agent was looking for a family or friend connection between 2 “survivalists” (I can’t stand that label) who would see how long they could survive in the wild while filming everything themselves. Maybe I should have followed up, I didn’t.

Also, I have been drinking the Kool-Aid Chris Tanner has been making over at the PreparedMind101 YouTube Channel. Chris has been doing a great job of reminding us that most of us spend about 95% of our time in a “non-wilderness” environment, yet we tend to focus most of our “survival” thinking on being in the woods.Uh, yeah, I’m guilty of that.

Survival TV For The Real World

Which brings me to the survival TV show I want to see. I wish somebody would make a show about how to survive in situations that are way more likely for the average person to experience than being lost or stranded in the middle of nowhere.

I’m talking about stuff like car wrecks and subsequent injuries; house fires; water system failures; crime; storms. You know, all that exciting stuff just tailor-made for riveting TV 😉 Seriously, I know some that is less than exciting but they can mix in some manufactured drama with just about anything these days. Heck, just throw some zombies in there and you’re good.

OK, I’m not holding my breath here. I realize that one of the attractions of most of the survival shows is the exotic and beautiful natural scenery. Some of the episodes have been shot in some really cool places. And I realize that “Naked and Afraid in New York” would probably be a lot harder to film. (What is up with that anyway? Seriously?)

Still, I think it could work. Maybe something like Macgyver meets Bear Grylls, just without the fascination for urine. There are plenty of potentially dramatic catastrophes that could befall the average person on any given day that could be turned into an entertaining yet informative way to sell commercials.I have thought of several while writing this article. (Hey Hollywood, I’ll be happy to act as a creative consultant for a reasonable fee)

Anyway, I may be wrong, but I think folks would watch a show that offers situations they can relate to in their own normal, often boring lives. Who knows, maybe a whole television genre could be born and a whole new group of “survival experts” could emerge. (By the way, that is another term I don’t care for – but apparently I really like parenthesis).

But if I’m wrong, and I have been once or twice, that doesn’t mean you can’t take matters in your own hands and start thinking about what you would do if (insert non-wilderness emergency here) happened. Even if there is no celebrity endorsed gear available. Just start playing the “what if” game during your day and imagine what skills and tools or gear you would need to have the best chance of surviving.

And if you get thirsty just hop on over to PreparedMind101. The Kool-Aid is delicious.