Concealed Carry – Now More Than Ever 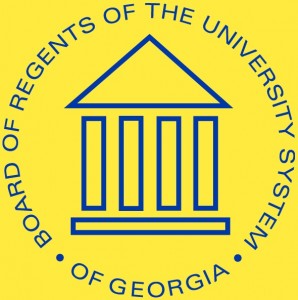 One of the most hotly contested gun rights arguments all over the USA right now is concerning campus carry. The gun control advocates say our campuses should be gun free zones”. The campus carry proponents argue that the best deterrent against a bad guy with a gun is good guys with guns. Depending on where you live, your legislature may be debating the issue right now. Or you may be unlucky enough to live in a state where it isn’t even up for discussion. You may just be happy to preserve your right to own a 10 round magazine. Well, I live in Georgia. We are fortunate to have a state legislature that still thinks the Constitution of the United States is a good document. (OK, not all of them, but enough to count). This last session the Georgia General Assembly passed a hotly contested campus carry bill, HB 859.

Right now in Georgia, HB 859 (also known as the Campus Carry bill) is sitting on Governor Nathan Deal’s desk awaiting his action. The bill allows for those holding a Georgia Weapons Carry License to carry a concealed weapon in many areas of college campuses in the state. He can either sign it, veto it or do nothing and simply allow the bill to become law without his signature.

Governor Deal ran on a platform of strong support for the 2nd Amendment so it will be interesting to see what happens. As might be expected, there is a lot of opposition to the bill. And, as usual, the arguments against the legislation are lacking in actual logical thinking and full of unfounded concerns.

It’s About The Children

As an example, one of the big issues is that the law will allow Licensed people (who have passed a criminal background check) to carry a weapon on on campus day care centers. However, the fact is it has never been against the law to carry a weapon in a day care center in Georgia. This is conveniently left out of the dialogue (and I use that term loosely). The opponents of the campus carry have written heartrending letters to the Governor.  They express their overwhelming dismay that their children may be deprived of the opportunity to enjoy the benefits of all the wonderful programs on campus. They are terrified of the possibility that a firearm may be concealed on a properly licensed person in the same building as their child.

I know I am “beating a dead horse” (and possibly “preaching to the choir”). But I can’t help but point out that, up till now, there has never been a guarantee that there are no firearms around their kids. The main difference is that, if guns were present, they were carried by people who were by definition criminals. It is the age old dilemma of how the anti gun proponents can’t seem to fathom that laws against firearms possession don’t provide protection from criminals using firearms. They actually make it easier and safer for the “bad guys” to do bad stuff to the very people they are aimed at protecting. In fact, I have heard that another term for a “gun free zone” is a “victim enrichment zone”. Let’s face it, if an evil person wants to shoot a bunch of folks where better to do so than an area where they can be pretty certain no one will shoot back?

OK, I’ll stop ranting. I sure hope the Governor stands up to the illogical and ridiculous pressure from those who are at best misguided and signs HB 859 into law. Of, if he doesn’t have the political backbone to “dance with the ones that brung him” and do the will of the people, I hope he at least takes the easy way out and does nothing so the bill will become law.