Alone on the History Channel 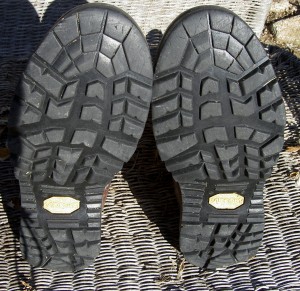 While I was trying to decide what to write for my very first article on Survival On Purpose, I happened to run across a TV Guide story on the dangers of Survival TV shows.  Since I have a little experience with “Reality TV”, I thought that might be a good topic to start with.

Most of us have seen at least a few of the shows. From older ones like Survivorman, Man vs. Wild and Dual Survival to the newer ones like Naked and Afraid and the Ultimate Survival Alaska and Venezuela episodes – Survival TV shows draw a huge audience. It’s no wonder they keep coming up with more and more extreme concepts for shows.

Heck, I’ve even been approached about applying for a couple of proposed “Survival” shows.  Granted, things never got past the initial conversation and I know a lot of other folks with YouTube channels got the same invitations. But I have to admit, for just a brief instant, my mind was filled with images of me jumping out of helicopters and rappelling down cliffs.  Then one popped up of me drinking my own pee and I quickly pulled myself back to reality.

The truth is it would be a little tempting to have the chance to test myself under controlled conditions and find out if I really have what it takes to survive.  Like many of us, I think I do; but there’s no substitute for doing it. And, honestly, the financial benefits might be good too. But  I’ve just got too many obligations and responsibilities (family, job, church, Boy Scouts, etc) to be able to drop everything and hit the woods for weeks at a time right now. Heck, if I could do that I would already be doing it.

Besides, I’ve already had one experience with the “Reality TV” crowd and it was about as close to reality as Alaska is to Antarctica. I’m sure there’s some sort of very official legal document somewhere with my signature on it that threatens all sort of dire consequences for saying the wrong thing. So let’s just say it was a very popular show about making over homes and doing it in an “extreme” way. Anyway, my experience on that project gave me a whole new understanding of the term “artistic license”.

The question is are they going too far in their quest for ratings? Are these shows dangerous? I think they could be, for people who think of them as anything other than pure entertainment.  Although there may be a lot more, I can think of two possible concerns with the popularity of Survival TV.

First, I think they often encourage dangerous behavior. It seems like every episode you watch has somebody doing something that you would only want to try as an absolute last resort in a survival situation. We’ve seen everything from Bear Grylls jumping off a cliff into a river to Cody Lundin and Dave Canterbury going whitewater rafting on garbage bags.  Not to mention the whole drinking your own pee thing. I’m not even sure about that one as a last resort. The problem is that folks see things like that and think they’re reasonable responses to a bad situation; when, in fact, they stand a really good chance of making things a lot worse.

The second problem I have with most survival TV shows is they give folks a false sense of confidence by making things look too easy. Anyone who’s ever learned to make fire with a bow drill or hand drill knows it takes a long time to master and a lot of effort even for very experienced folks.  Yet a lot of people see their favorite “survival expert” on TV whip out a bow drill fire in 2 or 3 minutes and they think they’ll be able to do it if they need to.  I mean, it’s obviously no big deal, right?  Why would anybody carry a Bic lighter if they don’t even smoke?

I could go into some more examples but you get the point. Like anything else, if not used correctly, Survival TV has the potential to be dangerous. But there’s good news.  It doesn’t have to be. It depends on you.

If you just like watching Bear Grylls eat really gross stuff or Dave Canterbury argue with Cody Lundin about why it’s a good idea to go hand to hand with an alligator, then knock yourself out.  Maybe you enjoy hearing Les Stroud play the same tune over and over on the harmonica.  Go for it. Heck, you can even tune in to “Man Woman Wild” just to check out  Mykel Hawke’s cute wife. No real harm done.

Just please don’t ever let the thought creep into your head that any of this is real.  Okay? It’s all Hollywood.  It’s make believe.  Nice scenery and even some cool people, but it’s just not real. So don’t worry.  Survival TV is only dangerous if you believe it.

This site uses Akismet to reduce spam. Learn how your comment data is processed.