Alone on the History Channel

Obama and Bear Grylls- What Was I Thinking?

Movie Shootings and Handguns in a Bra

Well, it’s time for my 2nd newsletter and I’m already a day late based on the 1st one starting on a Sunday. I’ll try to do better.

Anyway, this week I just wanted to share a conversation my family had on the way to see a movie last Saturday. In light of the fact that we recently had yet another shooting in a movie theater recently, I thought it would be a good time to talk about what we would all do if something bad happened while we were watching a movie. It is always a good idea to have a plan in place so everyone will know what to do.

A you might guess, the first thing everybody said was “hit  the ground”. And I completely agreed. But what to do next is where a lot of folks differ. Some would prefer for us to just duck and cover and wait until “the authorities” handle the situation. Many sincerely feel that the best way to keep everybody safe is to prohibit any weapons anywhere a lot of people are gathered, such as a movie theater. I used the word “feel” on purpose (more on that in a minute).

In line with this mindset, one of our local cinemas has even started checking all bags and purses. Now the person doing the checking is a teenage employee who probably wouldn’t know quite how to react if he/she did find a weapon of some sort. And to make it even sillier (in my opinion) this pretty much means that all the women’s purses were checked yet us guys could be wearing an UZI under our jacket and waltz right in. In fact, my wife went the other night with some other women and one of them had to step into the Ladies room and move her legally carried handgun from her purse to her bra (apparently that works for her) before she went through the check line.

The point I am trying to make in my rambling way is that we are living in a world that seems to get more and more dangerous every day. I  think it is a good idea to take some time and think through what you would do to protect your family if something crazy happened. I’m not talking about getting all paranoid and fearful, just being prepared. In our case, if some demented individual started shooting up the audience, just knowing that my family was under cover would leave me free to have more choices about what I need to do. One of those choice might be to engage the shooter and stop them if I have made the decision that I am ultimately responsible for my families safety, not some kid inspecting purses.

Which brings me back to my earlier statement about some people “feeling” that making  a policy to prohibit weapons is going to actually do anything to prevent an evil person from carrying out their demented plans. As I said, I used the word “feel” on purpose because I just don’t see how any rational logic could be involved in coming to that conclusion. It has been said many times, but it is just plain true, that criminals by definition don’t obey the law. So they certainly aren’t going to be concerned with obeying some sort of corporate policy.  Statistics and history have proven time and time again that the absolute best deterrent to a bad guy intent on hurting innocent people is the presence of capable, armed private citizens. That may not “feel” right to some but facts are facts.

OK, before I start ranting I’ll try to pull this back and wrap it up. I started talking about having a plan. Really, that goes back to the Boy Scout motto: Be Prepared. For myself and many others, one of the ways we do that by exercising our God given right to defend ourselves and our family from predators by making sure we are ready and able to respond adequately to a threat. Waiting for someone else to get there with a gun is not a good plan, in my opinion. Another way is by making sure everyone in the family is on the same page about what to do in different situations. That alone could make the difference. I encourage you to take a few minutes and play a little “what if”. It can’t hurt and, if nothing else, will give you a little more peace of mind.

Alrighty then. So I started talking about going to the movies and wound up ranting a little. I won’t apologize. We have got to start standing up to illogical, dangerous attitudes that would leave us all at the mercy of those who don;t play by the rules. Oops, I almost started again, better just end this.

So, thanks for sticking with me. Have a great week and remember; survival is not an accident. Be Prepared! 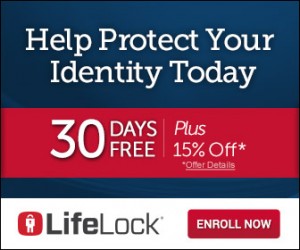